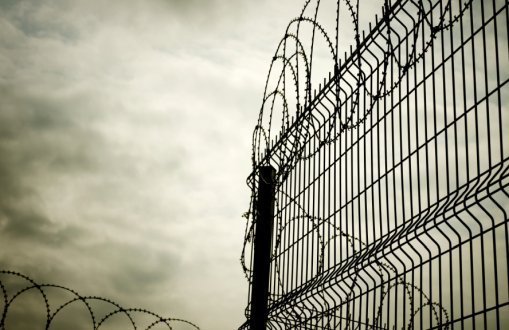 The number of prisoners who have joined a hunger strike to press Turkish authorities to end the “isolation” in jail of Kurdish rebel leader Abdullah Öcalan has increased to close to 3,000, a human rights group said on Tuesday, The Associated Press reported.

Human Rights Association head Öztürk Türkdoğan told The Associated Press that a total of 2,983 people in 90 prisons across Turkey are refusing food in protest of jail conditions for Öcalan, whose family members and lawyers have reportedly been denied visits.
Pro-Kurdish legislator Leyla Güven launched the hunger strike from prison in November. She has since been released and is continuing the strike at home. Two former pro-Kurdish legislators are among the thousands of prisoners who have joined Güven’s strike over the following months.

Öcalan, leader of the outlawed Kurdistan Workers’ Party (PKK), has been serving a life prison term on İmrali Island, near İstanbul, since 1999. His group is considered a terrorist organization by Turkey and its Western allies.

Turkdogan’s group says Öcalan has not seen his lawyers since 2011, and pro-Kurdish legislators last visited him in 2015. His brother was allowed a half-hour visit on Jan. 12.

Öcalan has in the past conveyed messages to his group through his lawyers.

Hundreds of Kurdish inmates ended a similar hunger strike in 2012, heeding a call by Öcalan.

Turkish authorities have not commented publicly on the hunger strikes.