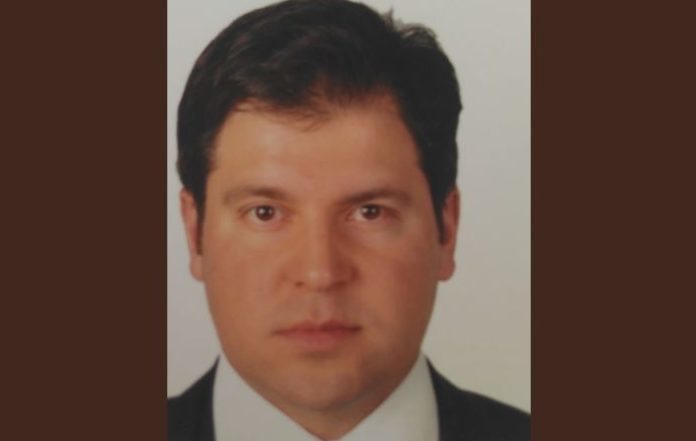 Political science graduate Yusuf Bilge Tunc was abducted about 3 years after his discharge with the Decree-Law. His wife told about what her family had been through, the information she could reach and the latest news.

It was learned that the “search warrant” was dismissed shortly before the abduction of discharged Yusuf Bilge Tunc who is the latest victim of mysterious abductions. Tunc’s wife reacted to the investigation process: “The police are asking us the questions that they need to answer.”

Yusuf Bilge Tunc is a successful graduate from one of Turkey’s most important faculties which is the Faculty of Political Sciences in Ankara University which is also known as “Mulkiye.” After completing his education in Mulkiye, he started to work as a Financial Services Specialist at the Undersecretariat for Defense Industries.

DISCHARGED BY THE DECREE LAW (KHK)

During the state of emergency, Tunc was first suspended on the grounds of “connection and liaison and then discharged with the Decree-Law. Tunc has three children, who are 10, 6 and 2.5 years old.

Tunc who was selling cardboard cups and plastic packaging to maintain his family was abducted on August 6, 2019. With Tunc, who is the last victim of the Black Transporter abductions, the number of people abducted has increased to 29 in the banishment process which is to be a most serious human rights violation.

IS THE SEARCH WARRANT DISMISSED?

Tunc’s family tries to make their voices heard through social media and on the other hand, their legal struggle continues.

“THE POLICE ARE ASKING ME WHERE MY ABDUCTED HUSBAND IS”

According to Yusuf Bilge Tunc’s wife, who says she has no idea why he was abducted, there is only one possibility the torture or a person’s statements in police inquiry about his husband to save himself. Describing that her husband struggled to maintain his family, Wife Tunc explained the process they had experienced starting from 15 July:

Last time I talked with my husband on the 6th of August morning. He would go to order delivery. I haven’t heard from him since then. The police tried to convince us he might have gone. But my husband never goes anywhere without telling us. Moreover, he would never do that without telling his sick parents. We found his car abandoned after his abduction. We’re sure he was kidnapped.

“A police called yesterday. He asked me where my husband was. A letter from the Prosecutor’s Office had come to the police, and they asked my husband to me. They asked if his car was found! Nonetheless, we wrote everything in the petition. I told him that we had found the car, that we had already reported it to the police, that the police had not investigated it, that they did not send crime scene investigation team, and that they were not interested at all by saying ‘wait for your husband at the car for his possible arrival’. They are asking us ridiculously about the things that we have already informed the prosecutor’s office and we have already made a complaint.”

Expressing that his husband had nothing to do with the coup or any crime, Tunc explained his experiences during and after the state of emergency starting from 15 July:

“I was pregnant during the 15th of July. My husband’s brother has illnesses, my husband went to visit his brother on July 15th. In the evening, he returned home. We were in fear, we were sitting in Balgat in Ankara, we heard the sounds of all the bombs and we spent that night in fear.

Then my husband was first suspended and then discharged with a decree-law. I had also had leave without pay because of the distressed pregnancy. My wife started to sell wholesale cardboard cups to support the house. Then it moved to the sale of packaging products. We were living that way.

“In April 2017, the police went to our address in Adana. We found out about the search warrant. He didn’t go and surrender. I was on leave without pay. He said: I have three children to be cared for. My husband felt compelled to maintain his family, so he did not want to go and surrender. In those days, there were also reports of torture and torture in custody and prison. And I didn’t want him to go through that atmosphere and face those treatments.”

“We had heard about the incidents of other abductions, but we never expected such a thing would happen to us”

Stating that she heard the news about the abduction of the people who were discharged with decree-law, Tunc states that there is no reason for her husband to be abducted and that they never expected such thing would happen to them:

“We had heard about the incidents of other abductions, but we never expected such a thing would happen to us. There was no reason to abduct my husband. After the search warrant, we did not think of going abroad. We didn’t take such a step because of the possibility of bad things that could happen to our children on the way and for many other different reasons.

My husband had nothing to do with the coup, the soldiers or anything about July 15. One hundred percent I believe it.

After July 15, some told things that were not real and some people described their close friend as a terrorist in police inquiries. Probably some people mentioned my husband’s name in their testimony by slandering or they were under torture to give a name. My husband’s name was probably in somewhere. I believe in the possibility that he might have been kidnapped for one of these reasons. I can’t think of another possibility.”

“We don’t do anything illegal. We do nothing to harm people. Such things neither go through our minds nor can we pour into action. After his point, we will do whatever we can under the law. I will search my husband all the way and I am going to find him.

We want my husband and the other abducted people to be found as soon as possible. I don’t know the abducted people before, but I think they’re not bad people, they’re innocent. These people are unlawfully kidnapped, forced to sign something.  Under torture, they are forced to sign statements, crimes they do not commit. I do not understand the continuity of this evil in our country.”

ABDUCTED 29 PEOPLE AND THEIR NAMES

PERSONS ABDUCTED AFTER FEBRUARY 2019 AND DATES: