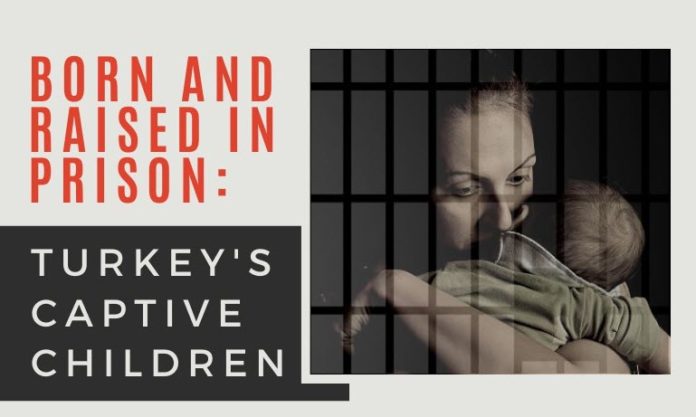 International human rights standards are increasingly understood to require special and improved care for women prisoners with children. Pregnant women, women in the post-partum phase of childbirth, and crucially, newborns, require access to intensive and routine medical services and highest attainable prison standards. Imprisoned women with children face distinct challenges that other prisoners may not experience while they serve their sentences. In international human rights terms, rights of women with children fall under three categories and are protected by instruments of international law which enumerate the rights of prisoners, women, and mothers. In the Turkish Republic, governed by President Recep T. Erdogan and Justice and Development Party (AKP), the treatment of women prisoners and their children has deteriorated since 2016, the year during which Turkey experienced a general shift towards authoritarianism. At the time of this publication, the first quarter of 2020, the Turkish government’s treatment of women prisoners and their children falls radically short of standards detailed by landmark instruments put forth by the United Nations and adopted by the international community. Developments pertaining to the rights of women and children signal the continued deterioration of these rights under the current government without legitimate efforts to improve conditions by Turkish authorities.

This report is based on desk research and interviews with former prisoners conducted mainly via telephone and skype in January to March 2020. It was not possible to interview prisoners who remain behind bars and others who continue to live in Turkey as they fear government retribution for sharing their stories. The report proceeds by analyzing the current condition of prisons in Turkey as they pertain to pregnant women and women with dependent children. The analysis provides a succinct overview of the ongoing violations in Turkish prisons by comparing and contrasting current practices of the Turkish government with the universally recognized and widely ratified United Nations Rules for the Treatment of Women Prisoners and Non-Custodial Measures for Women Offenders (Bangkok Rules). The analysis is composed of part commentary and part interview data. The details of each violation are interwoven directly into the comments to provide a vivid and relatable description of victims’ experiences. Volunteer interviewers for Advocates of Silenced Turkey conducted telephonic interviews with victims whose identities have been anonymized for this report. While some of these women have agreed for AST to publicize their identity, we have currently chosen to keep all data anonymous in order to protect the families of victims who continue to live in Turkey and may face persecution as a direct result of this publication. All interviews have been audio recorded with permission, transcribed, and translated with special attention paid to preserving the authenticity of the information shared by interviewees. Volunteers who conducted interviews utilized an organic conversational tone throughout each meeting, however, they were appropriately trained to effectively extract certain data from each woman. All questions used by interviewers were distilled from relevant international human rights instruments. The Tokyo Rules and Bangkok Rules in particular have played a critical role in shaping and directing the language and content of the questionnaire.

In the second and final part of the report, AST has created a catalog of all victims whose information has been made available through open-source research platforms. The desk research conducted by our associates has mainly relied on social media platforms, especially Twitter, which remain as final standing sources of real news in the Republic of Turkey. In a strictly controlled media environment, news regarding victims of the presiding government receives little to no attention. Thus, our cataloging efforts rely on publicly available information often volunteered by victims or close friends and relatives of victims on social media platforms. The information contained in the catalog section of this report will continue to be updated with increasingly more reliable data and sources as they become available over time.

 Urging the Turkish government to effective immediately revise its policy of imprisonment towards pregnant women and women with dependent children. Non-custodial sentences shall be preferred where possible and appropriate, especially when prison conditions pose a threat to the lives of mothers and children.

 Urging the Turkish Ministry of Justice to eliminate excessive overcrowding in prison dormitories, dedicate increased resources to the physical and mental wellbeing of women and children, provide maternity support before and after birth, and ensure access to adequately nutritional food.

 Encouraging independent organizations to organize and promote transparent research on the number of children affected by their mothers’ confrontation with the criminal justice system in order to contribute to policy formulation and program development, taking into account the best interests of the children.

 Urging Turkish authorities to liaise with international criminal justice experts to develop better institutional safeguards & provide training to prison administrators and staff in order to prepare them to respond correctly to the day-to-day needs of imprisoned mothers and children.