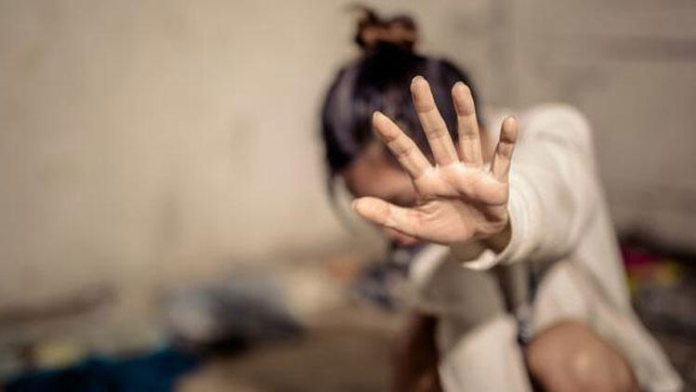 A female officer who had served in the Turkish army, NATO’s second largest, had to have an abortion after she was raped in police custody, Lt. Abdulvahap Berke told a panel of judges in an Ankara court.

Testifying under oath at the Ankara 17th High Criminal Court, the 27-year-old lieutenant asked the panel of judges if they were aware of the terrible ordeal of a female officer who was raped by the police during detention in the aftermath of a failed coup on July 15, 2016, during which thousands of civilians and service men and women were detained without any effective administrative or judicial investigation and were subjected to abuse, torture and ill-treatment at unofficial detention sites.

“Did you know that one of the female officers was raped and had her baby aborted? I appeal to those women’s rights advocates who stand together against rape and harassment; Why have they remained silent about this unconscionable incident?” Berke asked the court in remarks delivered on June 27, 2018. He declined to name the victim out of concern that it might lead to more agony and suffering for her and her family in the mainly conservative Turkish society. The lieutenant’s testimony confirms widespread and credible rape allegations in detention centers and prisons in Turkey, where the government appears to have adopted systematic persecution as a tool in a campaign of intimidation against real and perceived critics, opponents and dissidents in the nation of 83 million.

Berke also recalled other testimony from a related case where a civilian told the judges how he was repeatedly raped in detention. “Your Honor, during the hearing in the case of the Presidential Guard Regiment [Muhafız Alayı], a civilian on trial — I know his [the victim’s] name, but I don’t want to say it — said in court that they took him to the counterterrorism branch. He described the room [where it happened] in detail. When he said, ‘Your Honor, they raped me,” the presiding judge didn’t believe him. He asked: ‘Were you sexually harassed?’ I mean the judge found sexual harassment acceptable, but not rape, Your Honor. The victim burst into tears and said: ‘No, your Honor, they raped me.’ He added that he was repeatedly raped,” Berke said in court.

Part of a transcript in which Lt. Abdulvahap Berke’s testimony reveals the rape of a female officer who subsequently had to have an abortion: 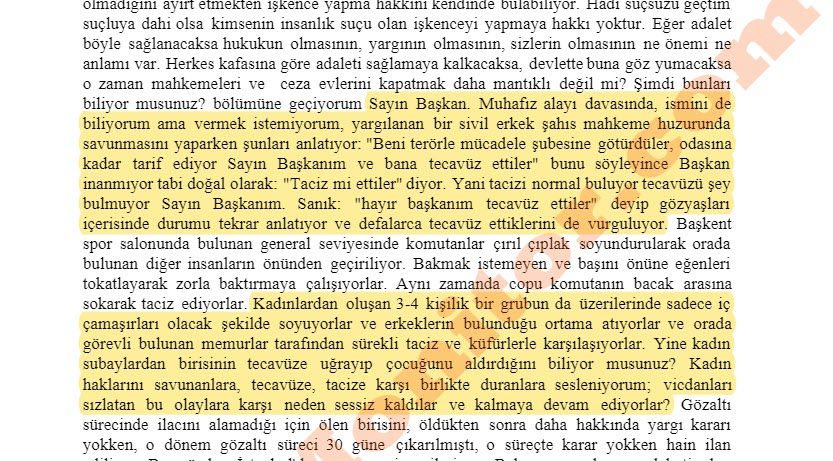 The young lieutenant also shared his personal account of how sexual harassment took place in the Başkent Sports Hall, which was turned into an unofficial detention site where most torture and abuse of detainees took place between July and August 2016. He said generals were stripped naked and forced to parade among some 700-800 detainees who were kept in inhuman, unsanitary conditions and denied food and water for a few days. “They were trying to force everybody to watch [the naked generals], and those who didn’t want to look and bowed their heads were slapped. They also harassed a commander by forcing a baton between his legs at the same time,” Berke recalled.

He added that the police stripped three or four female detainees to their underwear and forced them to mingle with the male detainees while they were constantly harassed and cursed, often with sexual slurs, by the police.

The lieutenant also testified that a special torture chamber was set up in a shooting range at the Special Forces Command headquarters and that officers including women were tortured under orders from Zekai Aksakallı, the then-commander of the Special Forces. Waterboarding, electrocution and being thrown down stairs while handcuffed were practiced on victims at this site, Berke said.

“Now I ask you. Who gave such authority to Zekai Aksakallı? Who put Aksakallı above the law? Your Honor, there are hundreds and thousands of others like this. Our lifetimes aren’t long enough for me to tell you all about it,” Berke said in apparent frustration at the impunity for torturers and lack of legal action against perpetrators.

Berke testified that he and his team members in the special forces were ordered to go to General Staff headquarters to provide security against a possible terror threat. The order came from Aksakallı, who was not even named as a suspect in the case because he played a role in executing the false flag coup in cooperation with the Turkish intelligence agency. Aksakallı was later rewarded with a promotion to lieutenant general in 2016. He was commander of a Turkish military operation in Syria in August 2016. He was assigned as commander of the 2nd Army and retired in July 2020.

Berke’s account of torture and abuse is similar to those that were provided by dozens of other detainees who were held at the same unofficial detention site. When he was detained by the police on the morning of July 16, he was stripped and forced to lie down on a paved road under the hot sun, and his body got burned from the nearly melting asphalt. He and others were put on a bus, where the police started beating and kicking them while they were handcuffed from behind.

A mob that had gathered in front of the General Staff attempted to lynch them, banging on the bus and throwing rocks. Some of the detainees were hit by paving stones and others were injured by shards of glass. “A friend sitting next to me was stuck by a piece of glass and went through the detention process like that. When he was in detention, he went to the hospital to get the glass removed from his head,” Berke said.