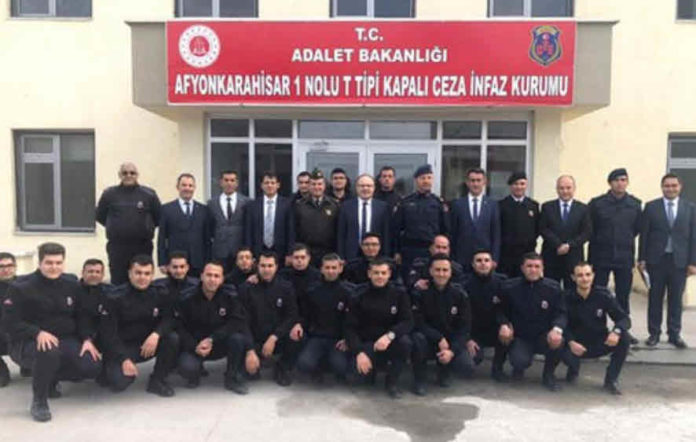 Mehmet Ali Dayan, an inmate at Afyonkarahisar Prison, has told his family that his fingers have been broken and some inmates have bruises on the bottom of their feet as they were tortured with foot whipping.

Peoples’ Democratic Party (HDP) Van MP Murat Sarısaç has both submitted a Parliamentary question to Minister of Justice Abdulhamit Gül and an application to the Grand National Assembly of Turkey (TBMM) Commision on Human Rights regarding the “serious right violations and severe torture practices” at Afyonkarahisar No. 1 Type T Prison.

In his both petitions addressed to the relevant authorities, Sarısaç has summarized what happened in the prison in following words:

“It has been indicated that inmates are forced to undergo naked body search and counting on foot, they are not given televisions, clocks, radios and magazines and they are subjected to the threats of prison wardens.

“It has been also indicated that ill prisoners are not taken to the sickroom and when they object, wardens raid the wards and batter the inmates.

“Mehmet Ali Dayan, one of the tortured inmates, told his family during the visitation that his fingers were broken and while some inmates have broken legs, some of them have bruises on the bottom of their feet as they were tortured with foot whipping (falanga).”

Referring to the statements of inmates reported in the press, Murat Sarısaç has underlined that physical and psychological pressure has been escalating in prisons in recent years. “It is the primary duty of the executive, which rules the country, to take the necessary precautions so that inmates are not subjected to degrading treatment”, Sarısaç has indicated further.

Accordingly, HDP MP Sarısaç has addressed a series of questions to Minister of Justice Gül, including the following: