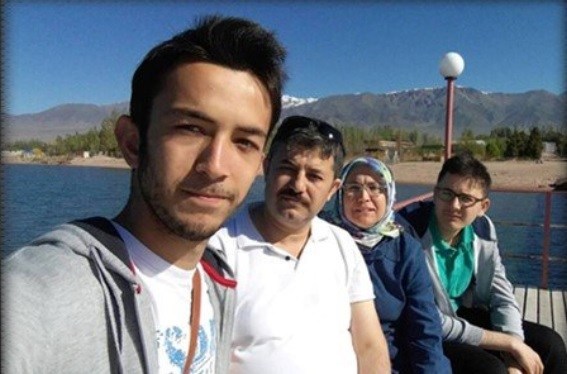 Zabit Kişi, who disappeared for more than a hundred days after he was reportedly turned over by Kazakhstan to Turkish intelligence and put on a plane to Turkey, has revealed that he was tortured during the time he was missing, the Medya Bold news website reported.

In a written complaint he filed with a high criminal court, he provided a detailed description of the physical and psychological abuse he was subjected to. 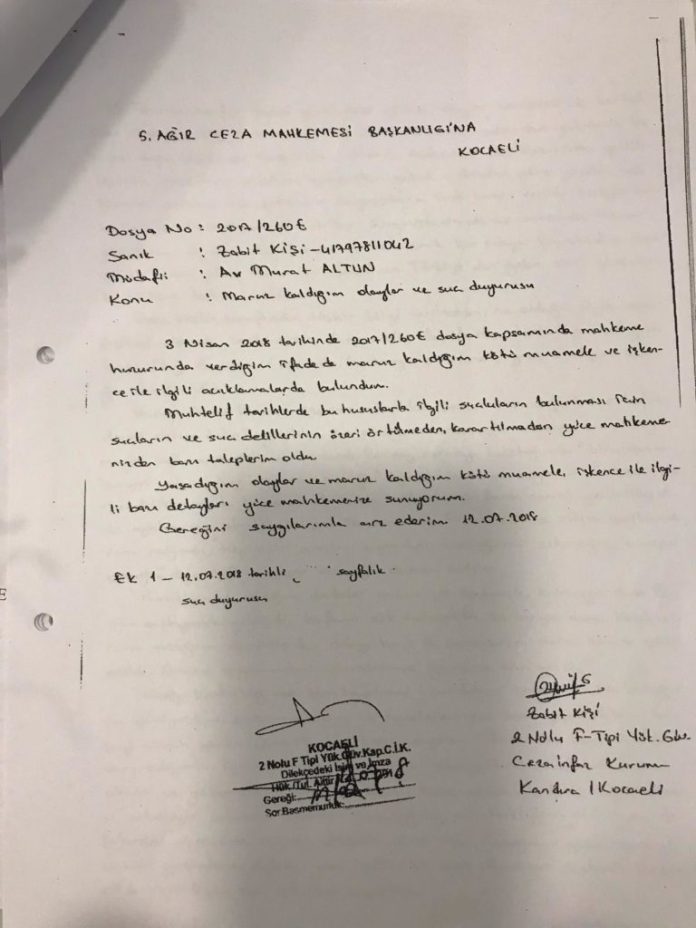 “I wanted to die. I no longer wondered why people committed suicide behind bars,” he said. “I was systematically exposed to physical and psychological torture for 108 days in a tomb-like box three square meters wide with no sunlight.”

He said the abuse started on the airplane transporting him from Kazakhstan to Turkey and that his genitals bled for days because of the hits he suffered during a beating he took on board the airplane from men who were said to be from Turkey’s National Intelligence Organization (MİT).

Upon arriving in Ankara, he was taken to a location that was an estimated six-minute drive from the airport and held there in a small box for 108 days.

He was repeatedly stripped naked, electrically shocked, deprived of water, sexually tortured, beaten and watched while going to the toilet.

When he was on the verge of death, he was injected with medication unknown to him and the torture continued.

He reported being kept under video surveillance 24 hours a day and woken up by loud music when he fell asleep. He was forced to remain standing for long periods of time.

“We are the judges and the prosecutors of this place. There is neither a lawyer nor a police officer. Doing as we tell you is your only way out of here,” he quoted his torturers as saying. “If you refuse, we will drug you in a way that cannot be traced in an autopsy, and the cause of death will be registered as a heart attack.”

He was also threatened with his family members suffering from the same fate if he refused to comply.

“They kept telling me that my death would be listed as an ‘unsolved murder’ if I ever saw any of them.”

He was ultimately dropped in front of a courthouse in Ankara in January 2018. He had lost 66 pounds during the ordeal.

He was processed as if he had turned himself in. When he appeared before a judge, he requested arrest for fear that he might be murdered.

The court handed down a 13-year prison sentence over alleged links to the Gülen movement, which Turkey blames for a failed coup in 2016.

He was one of many alleged Gülenists to be abducted inside or outside Turkey who went missing for long periods of time before turning up, if ever.

While the Turkish government almost categorically refuses to release any information on alleged renderings of Turkish nationals from foreign countries, the Kazakh government officially admitted that Kişi was sent to Ankara on a Turkish Airlines flight on Sept. 30, 2017.