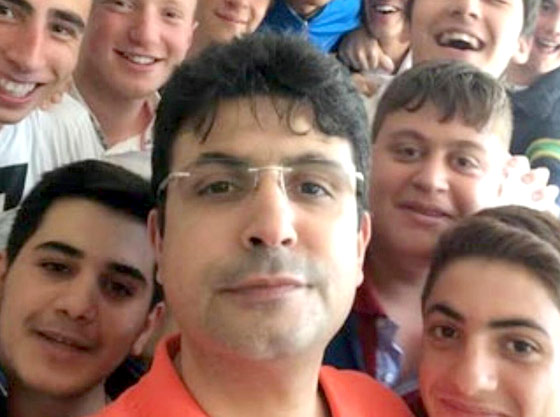 The İstanbul Chief Public Prosecutor’s Office has once again ruled that there is no need to investigate the death of teacher Gökhan Açıkkollu, who was allegedly tortured in police custody and subsequently died during a post-coup purge in August 2016, the tr724 news website reported.

Following a failed coup in Turkey on July 15, 2016, Açıkkollu was detained on July 24, 2016 on trumped-up charges of coup plotting and terrorism and remained in police custody for 13 days, during which time he was subjected to both physical and psychological torture until he died.

Açıkkollu’s wife, Tülay, tweeted on Saturday that the prosecutor’s office, which ruled in January 2020 that there was no need to further investigate the death of Açıkkollu, has once again issued the same ruling, this time without hearing the witnesses, examining the video records of the 13 days when Açıkkollu was held in custody or examining an additional autopsy report.

“Damn your order,” she said.

The ruling was made by İstanbul prosecutor Deniz Arslanoğlu.

In August 2019 the Bold Medya news website released a video showing the negligence of police officers in the death of Açıkkollu.

In the video Açıkkollu, is seen in a one-person cell with four other inmates in the basement of an İstanbul police department building.

At around four in the morning on Aug. 5, he starts showing signs of discomfort. He approaches the bars and calls out to police officers for a few minutes, but no one shows up.

After he returns to bed, spasms begin a few minutes later, which wakes up the other detainees in the cell.

It takes four more minutes until detention ward guards take him out of the cell, at which point he no longer shows any signs of life.

Testimony taken from a doctor who was also held in custody in the same building says Açıkkollu had no pulse when he was asked to perform cardiac massage.

An additional autopsy report, drafted by forensic medical expert Professor Şebnem Korur Fincancı, showed that Açıkkollu had suffered a heart attack due to a number of reasons including his exposure to torture and deprivation of his diabetes medication.