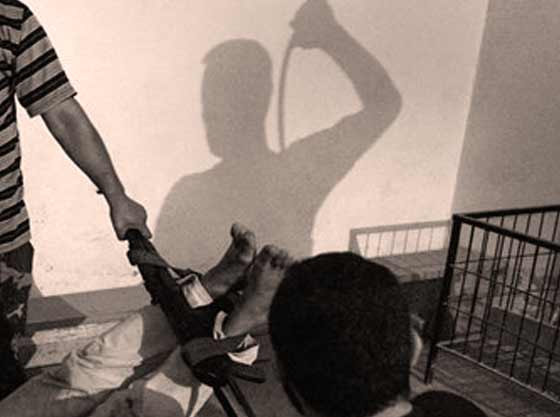 Turkish media outlets have reported new incidents of the systematic torture in the Police Department in Bartın province of Turkey which had come to the agenda with massive torture claims in the past also.

O. Şeyban, who rejected to testify as requested by police officials, continues to explain the tortures by Ayhan Çelik and Özcan on August 6, 2017. “I was taken out of the cell in a position of that my hands were handcuffed behind the back. I was kept in a ‘Caddy’ branded vehicle by Ayhan Çelik at 7 pm on August 7, 2017,” said Şeyban and added “I was taken to a mountainous and wooded area near Mugada in Bartın with the same vehicle driven by Özcan. They cursed me, swore at me along the way.”

“Özcan, who was driving the car, was saying, ‘If I get there I knock seven bells out of you! … son of a bitch.’ He was swearing and threatening. On the way, A. Çelik was on the phone and saying, ‘we’ll deliver him over there’ something like that. He turned to me and said ‘I will deliver you to the MİT (Turkish Intelligence Organisation). You will take a dirt nap,” said Şeyban.

Stating that “When we arrived, A. Çelik stroked my heart twice with his elbow, threw three punches in my face and then began to squeeze my throat harder,” Şeyban has continued “A. Çelik, ‘give us the statement we wanted, be freed. If not, you will be in jail for 36 years. Your wife will be fucked by others’ said he… I declared that I already testified before and that there was nothing else to add to the testimony… A. Çelik got down from the car and started talking on the phone with his supervisor at the back of the car. After we returned to the branch directorate but they did not let me get down from the car.”

“They took my house key from the custody center and we went to my house. They opened the house door with the key and searched the house without a search warrant. They searched every room and took my phone. I was forced to sign the paper which ‘I gave it with my consent’ was written,” said Şeyban.

“As we returned to the branch directorate, A. Çelik kept on threatening me, telling the tortures he would do… A. Çelik said: ‘If you don’t tell us, your wish. We will have to torture you. Tomorrow every one under custody will go to courthouse only you will be left. I will switch off all the cameras and come to you. I’ll handcuff you to an iron bar and take out all your clothes… Respectively, first I’ll put this nightstick in your ass then my dick. You have not left me anything to do.”