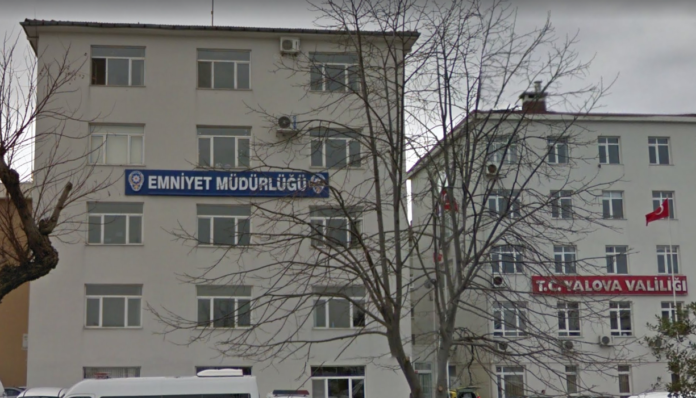 These are experiences that S. and a teacher has gone through in Yalova CTB.

We waited in a corridor for an hour and laid down. While someone pushes our heads to the ground, others were swearing and kicking us. They took our identity information. We were registered for custody and taken to the hospital health control, and then taken back to CTB. They again kept us waiting in the corridor. Officers first took S. for the interrogation. After a while, I began to hear loud voices of swearing, insults, and screams of S. I was told that they would take me for questioning too.

Commissar Engin from Erzurum came to me with an umbrella, swore and insulted me. Later, I was taken to the place where S was tortured. They intentionally showed him to me to make me fear and sign a pre-prepared statement. They left S. naked. A cop who has green eyes had a glove in his hands and was torturing by squeezing testicles of S. Then, they took me out, Commissar Engin told me to speak so that I could come out of there. When I told him I didn’t know anything, he replied that it was my turn. He had taken my shoes and handcuffs off and took me to a room. They left me naked as well while swearing to me. They closed my eyes with my underwear and switched lights off. They were hitting and squeezing my genitals and threatened me with rape. While my eyes shut, one of them yelled at me “who are you? I replied him “I am a teacher”, he said, “I am a negotiator”. Torture continued for a while. Later they took the light on and left the room. While I was putting my clothes on me, I came unglued. After torture, they put me in a car which would take me a police station near the sea for interrogation. A police officer whose name is Murat was driving while kept swearing at me during whole transit. I couldn’t gather myself up then I started crying. Days later, I was taken from that police stations to the manager of CTB. I recognized his voice. He was the one who told me that he was the negotiator while swearing at me. He was Mesut KUGU, Yalova Chief of Anti-Terror Branch.