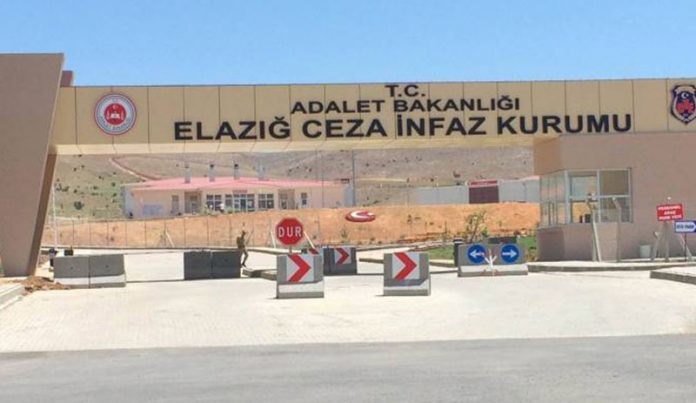 After being alerted to the torture of 20 inmates by prison guards, Turkish prison bosses instead investigated the tortured inmates for disciplinary breaches, the Diyarbakır Bar Association claimed on Friday.

Turkish reported that allegations of systematic torture imposed on inmates held in the Elazığ No. 2 Prison were simply ignored and instead inmates were investigated.

Speaking at the commemoration ceremony of the 189th week of the death of Tahir Elçi, the former head of the association, Lawyer Muhlis Oğurgül said 20 inmates, who were allegedly subjected to torture, had not undergone medical examination for 12 days after their complaints were lodged.

The lawyer claimed that investigations had rather been launched against 40 inmates by judicial authorities.

Oğurgül said the prison commission of the association had interviewed two of the tortured inmates, N.B. and M.K., on August 10, 2019.

“During the interview, the [two] inmates reported that a group of jailers tortured 20 inmates both on July 25 and August 4. They claimed that the torturers were acting in a group led by the head guard, A.E.,” he added.

The spokesman announced that the association had submitted a criminal complaint to the Elazığ Prosecutor’s Office over the torture allegations, demanding the allegedly tortured inmates be sent to hospital urgently for medical examination. He claimed that the authorities had not done anything in that regard.

Besides the torturers, those who shut their eyes to the torture claims and do not investigate the incident would be a party to the crime, the speaker warned.

“We as the Diyarbakir Bar Association will do our best in order to find out the ones who committed the offense,” Ogurgul vowed.

Earlier in May, Tayyip Temel, a lawmaker from the pro-Kurdish opposition Peoples’ Democratic Party (HDP), had submitted a parliamentary inquiry addressed to Turkish Justice Minister Abdulhamit Gül regarding the systematic torture on inmates at the same prison.

In the parliamentary question, Temel voiced the complaints by the inmates who alleged that the prison’s newly-appointed 2nd Director, E.İ., gave an order to the wardens to carry out systematic torture on inmates.

Despite the complaints, no investigations had been launched against E.İ. who also gave similar instructions in his previous post in Sakran Prison in Izmir, the lawmaker claimed.

Last week, similar torture claims had been raised by the Turkish Human Rights Association (İHD) which said tens of inmates were mistreated by 30 jailors in the newly opened Maras Turkoglu Type L Prison.

According to the İHD, the prison officers raided the ward and attacked the inmates who rejected being counted on foot by the prison administration.