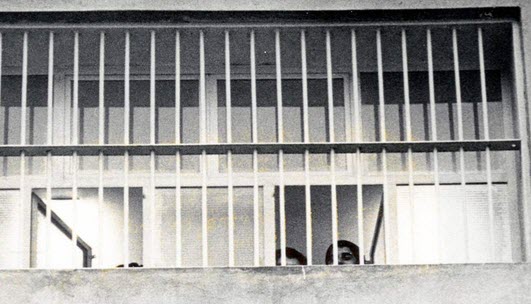 Responding to the passing of a new law which is expected to allow for the early release of up to 100,000 prisoners in the face of the COVID-19 pandemic, but fails to cover many others who should be considered for release, Amnesty International’s Turkey Campaigner, Milena Buyum, said:

“Whilst any steps to reduce the chronic overcrowding in Turkey’s prisons are welcome, it is deeply disappointing that the tens of thousands of prisoners in pretrial detention – a measure that must only be used when there are no alternatives to custody – will not be considered for release.

“Those convicted in unfair trials under Turkey’s overly broad anti-terrorism laws are also now condemned to face the prospect of infection from this deadly disease.”

Turkey’s overcrowded prisons are particularly dangerous for at risk prisoners, already convicted or in pre-trial detention due to a serious lack of hygiene. The new measures do not allow for the release of several categories of prisoner. These include those held in pretrial detention, i.e. those yet to be convicted of any crime; people convicted under overly broad anti-terrorism laws including journalists, lawyers, political and human rights activists who have been imprisoned merely for speaking out; and even those at heightened risk including older prisoners and those with underlying health conditions convicted under anti-terrorism laws.

The proposed amendments by to the Law on the Execution of Sentences and Security Measures were approved in Parliament on 13 April, as the Minister of Justice announced that 17 prisoners in five prisons had contracted COVID19 and three prisoners held in open prisons had died.

“Turkey’s government must do the right thing and immediately release those who are imprisoned solely for expressing their peaceful views,” said Milena Buyum.

“The authorities must also seriously consider releasing all those who are imprisoned pending trial, as well as those who are at particular risk because of their age or underlying health conditions regardless of the charge they have been imprisoned or convicted under.”

The long-awaited judicial package was finally brought to Turkey’s Parliament on 31 March and considered by the Justice Commission on 2 and 3 April without any significant amendments to broaden its scope being agreed.

Convicted prisoners, excluding those serving a sentence under anti-terrorism laws, for crimes against the state, murder, sexual and drug related offences will see their sentences reduced by half.

Certain categories of convicted prisoners qualify for earlier release or to be transferred to house arrest, depending on vulnerability and length of sentence. These include those over 65 years old, women with young children and prisoners with serious illnesses.

Those currently serving their sentences in an open prison will also be eligible to be released to house arrest for two months, with the possibility of extending this for up to two further periods of two months.

Several international human rights bodies have appealed on Turkey to ensure the release from prison of the excluded prisoners; 27 human rights and freedom of expression NGOs have issued a joint statement and tens of thousands in Turkey and elsewhere have signed a petition urgent the Minister of Justice to broaden the scope of the proposed measures.