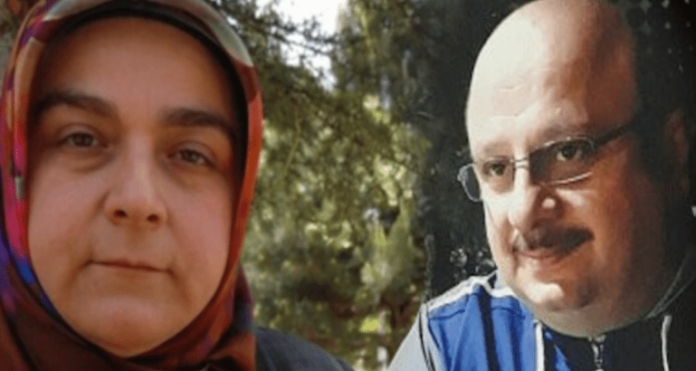 A new claim of torture in Turkey, which is under the despotic rule of President Recep Tayyip Erdoğan, has come from a prison in Nevşehir province on Thursday.

According to a social media account (@cezaeviihlaller), which has been focusing allegations on tortures, maltreatment and other human rights violations in Turkish prisons, has shared series of posts on Thursday and claimed that a Turkish couple in Nevşehir province, Ahmet Tuncer Yolcu and Zeynep Yolcu who were arrested two weeks ago over their alleged links to the Gülen movement have been maltreated and heavily tortured under detention.

According the @cezaeviihlaller Twitter account, Zeynep Yolcu, a housewife, and his husband Ahmet Tuncer Yolcu were detained by police over the order of Nevşehir Chief Prosecutor Altuğ Kürşat Şahin, who allegedly said to Yolcu Couple that “Your file has already been ready.” It was claimed that Ahmet Tuncer Yolcu and his wife Zeynep Yolcu, who have been held in solitary confinement, have been subjected to heavy torture and maltreatment in prison.

Zeynep Yolcu, who has reportedly been left hungry and thirsty for three days, has allegedly experienced diabetic coma twice during this period under detention. It was also claimed that she was taken to the hospital for treatment when she cannot stand torture and she was put back into the cell again when she was brought back to the prison.

Her brother, who visited Zeynep Yolcu in prison, told about the health conditions of his tortured elder sister and said that “My elder sister was in a very bad condition. She could not stand. She had difficulty to walk. She said she was severely tortured and left both hungry and thirsty for three days.”

The report by @cezaeviihlaller has also stated that Zeynep Yolcu’s children have also been suffering enormously as they are now alone in miserable conditions. It is stated that the children who saw their mothers as tortured had a crying crisis.

Meanwhile, Ahmet Tuncer Yolcu, who underwent a surgery because of his ongoing diabetes, has not reportedly given his medications in detention. It was said that Ahmet Yolcu, who lost 35 kilos because of his sickness, must be under surveillance after surgery. Also, he has to be very careful about his daily nutrition and has to eat frequently along the day.

The Human Rights Association (İHD) and the Human Rights Foundation of Turkey (TİHV) said on errant December 2017 that 2,278 people were tortured and 11 abducted in Turkey during the first 11 months of 2017.

In a report titled “Tortured to Death”, SCF investigators have exposed on Nov. 21, 2017, the case of 42-year-old history teacher Gökhan Açıkkollu, who died after enduring 13 days of torture and abuse in police detention in İstanbul.

The torture, ill-treatment, abusive, inhuman and degrading treatment of people who are deprived of their liberties in Turkey’s detention centres and prisons have become a norm rather than an exception under increased nationalistic euphoria and religious zealotry in the country in wake of a controversial coup attempt on July 15, 2016.